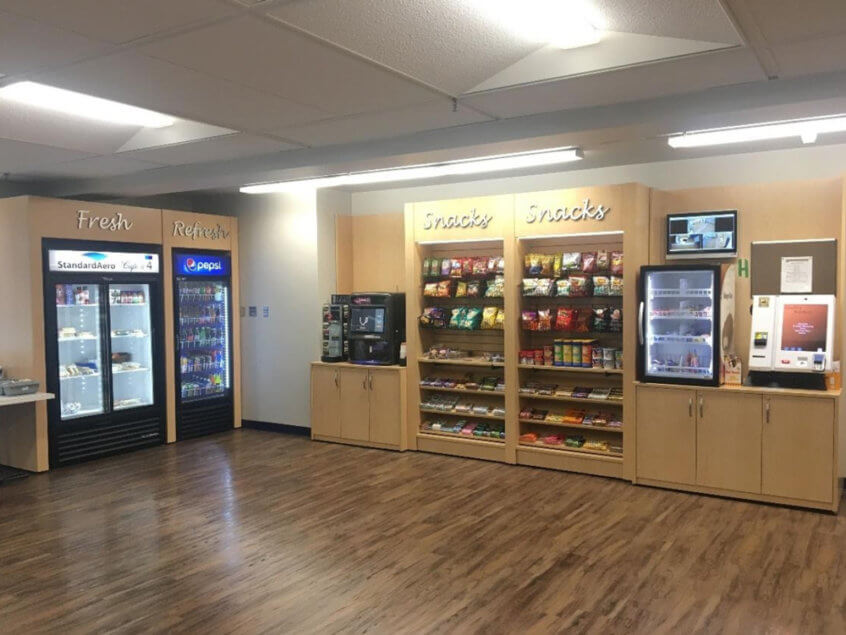 Access to food and beverages at work has been the same for a long time: a snack from the vending machine, meal from the cafeteria, or order delivery.

A self-serve store in your office’s lunchroom, how bizarre is that? Nobody at the till to ring up your bill? Access to a fresh meal at the office without delivery fees? A few initial thoughts about the revolutionary 24/7 self-checkout convenience store that would change the way Winnipeg’s workforce eats at work. Scan. Tap. Enjoy.

8 years ago, the Micro Market concept was in its infancy in the United States, and barely a thought in Canada until the president of our local Winnipeg company got on the wrong elevator at the annual North American tradeshow for convenience services. After a brief discussion with the American operator from Phoenix, it happened to be that one of his customers’ head office in Canada. What are the chances that this head office was in Winnipeg? Toronto or Vancouver were far more likely. Lo and behold, not more than a few months later, one of Canada’s first micro markets was opened in Winnipeg, paving the way for workplace benefits that few knew existed.

Quality has played a key role in pioneering the technology required for kiosks to work in Canada, along with the other challenges that come along with kickstarting a new business concept in a place where few people even know what it is. Proof of concept, food manufacturing and distribution, and consumer education to name a few. With each customer raving about their new micro market, one led to another. Fast forward to today, Quality is stocking over 25 Micro Markets that serve thousands of employees in Manitoba’s capital city every day. The benefits that come along with providing access to fresh, nutritious meals in the workplace are far more than satisfying an empty stomach.

Want to know more about the Quality Market process?